Album price discounts at checkout. Album download will be available after completed checkout & via email!

Want to purchase just the album? You can do that too below. 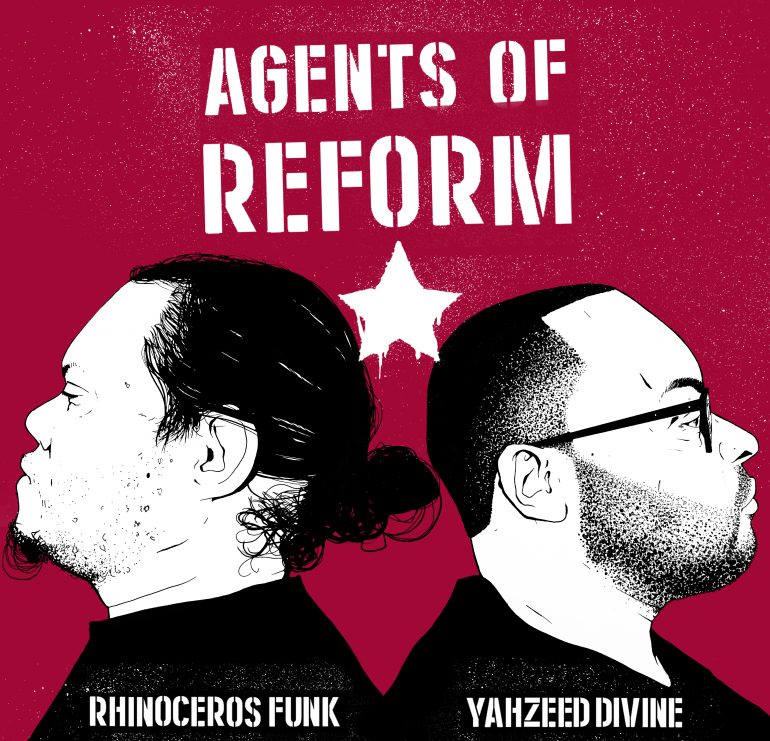 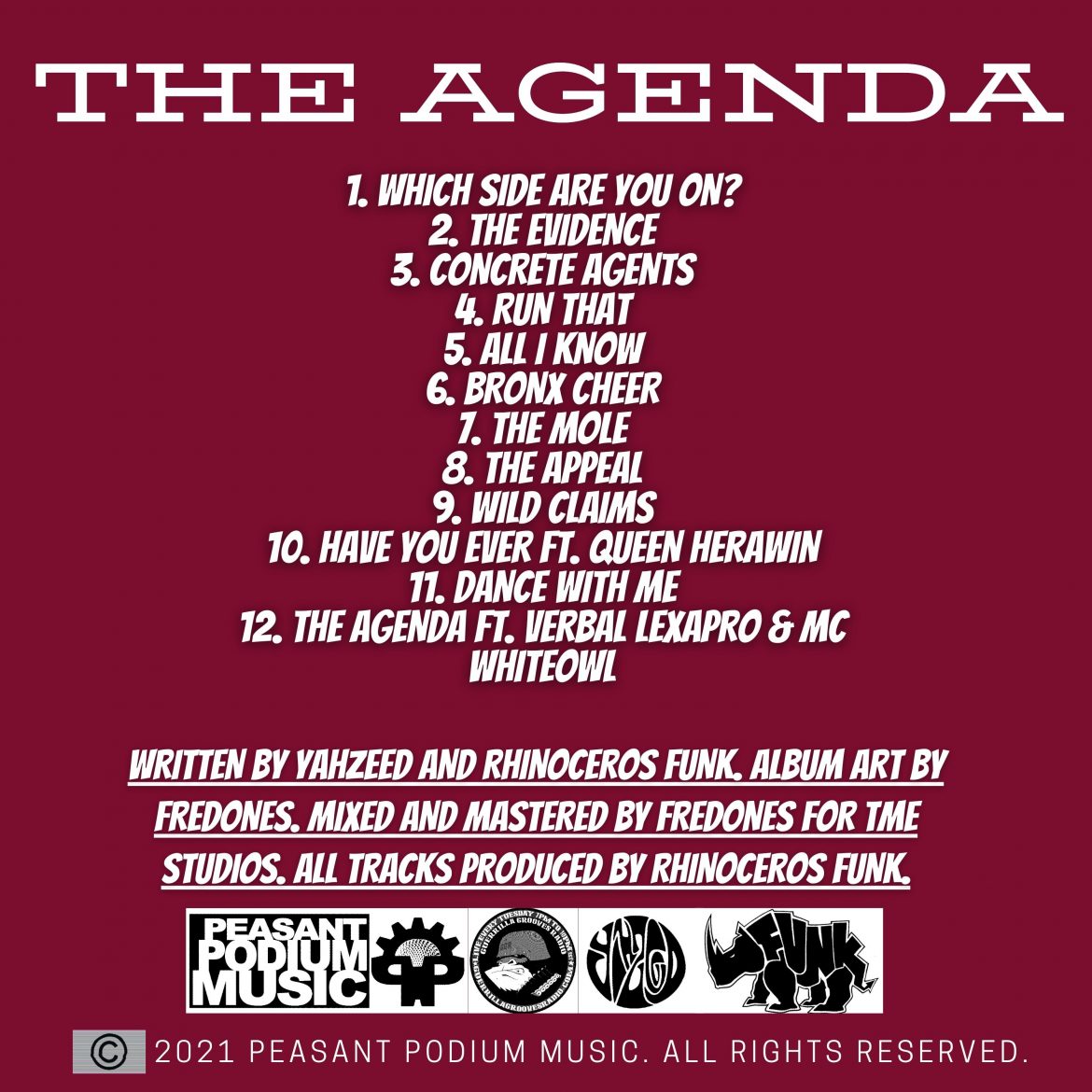 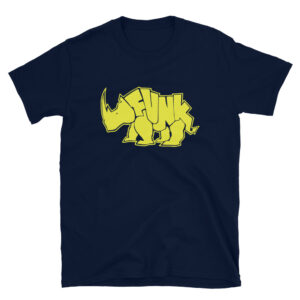 The debut album from the collaboration of Rhinoceros Funk and Yahzeed Divine on Peasant Podium Music.

As Sophisticated Savage band mates and TME Studios veterans the two established an artistic bond with a conceptual message of change. They advocate for an inclusive format that celebrates the struggles of our ancestors and a fundamental appreciation for the history of the hip hop culture. The duo utilizes their experiences and intellectual prowess to compose ditties of rebellion, consciousness, and solidarity with the masses affected by inequality. Behind the production of Rhinoceros Funk and engineering of Fred Ones (TME), The Agents of Reform have constructed a manifesto of discontent to spark discussions of opposition to the mainstream projection of art and reality. The Agenda adopts an impactful sound with a balance of melodies and aggressive vocals.